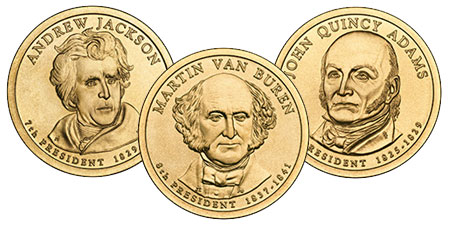 The Presidential Dollar series began its second year in 2008. The series was launched in the prior year as another attempt to create a dollar coin series that would achieve widespread circulation. The Presidential Dollars featured unique edge lettering, which placed two mottoes “In God We Trust” and “E Pluribus Unum” and the date and mint mark on the edge of each coin. The reverse of each coin features a depiction of the Statue of Liberty designed by Don Everhart.