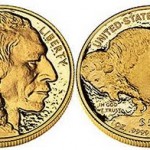 2009 Gold Buffalo Proof Coin The status of the 2009 Gold Buffalo Coin had been in doubt for much of the year. In May 2009, the United States Mint announced that the proof version of the coin would be delayed until the second half of the year due to the limited availability of 24 karat […]